Home / News / Are You Sitting Down? Chick-fil-A is Limiting Sauce Due to Shortage!

This is going to be really hard for some of you to hear but Chick-fil-A is Limiting Sauce to customers! Industry-wide supply chains are causing issues and that is making it harder to get the beloved sauce to restaurants. 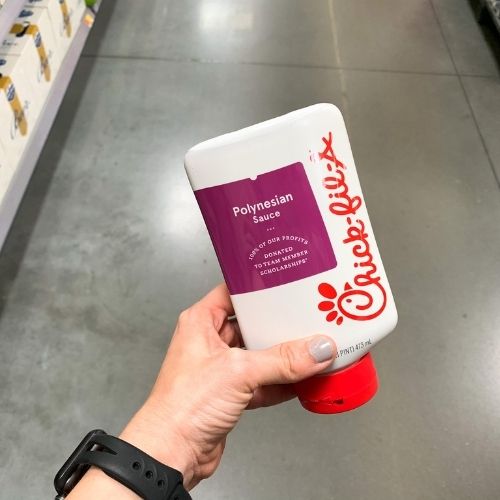 The chicken sandwich and Chick-fil-A sauce are a match made in heaven! My family loves Chick so when I saw this news today I had to pass it on to all their loyal fans! All across the country, supply chains have been causing shortages at gas stations, grocery stores, and now Chick-fil-A. In response to the shortage, Chick-fil-A will limit customers to just one dipping sauce cup per item order at most of their locations 😱.

I’m shook but then I remembered that Walmart is now selling Chick-fil-A sauce and that I need to grab some before they sell out. The good news is the shortage is just on the sauce and has not affected the supply of delicious chicken. Here’s what I know, no other company can handle a sauce shortage like Chick-fil-A so I am confident they will be asking me “how many sauces would you like” very soon and we can put this difficult time behind us!

In the meantime, check out these Chick-fil-A offers and you can also grab Chick-fil-A sauce at Walmart! How to Make Your Own Chick-Fil-A Sauce

If you’re a fan of Chick-Fil-A Sauce then give this Copycat Recipe a Try! – You can also click here to pin this recipe for later!

And if you’re looking for even more Fun Chick-Fil-A Copycat Recipes don’t miss our Frosted Lemonade Recipe or our Copycat Chick-Fil-A Nuggets Recipe!