There are things that are better together than by themselves, like peanut butter and jelly, coffee and milk, and pineapple and coconut. So when I was thinking of delicious, easy and simple breakfasts ideas that taste just as good as a gourmet meal I knew I had to make something with pineapple and coconut. And after a couple of tweaks and tests, this Pineapple Toasted Coconut Oatmeal Recipe came to life. 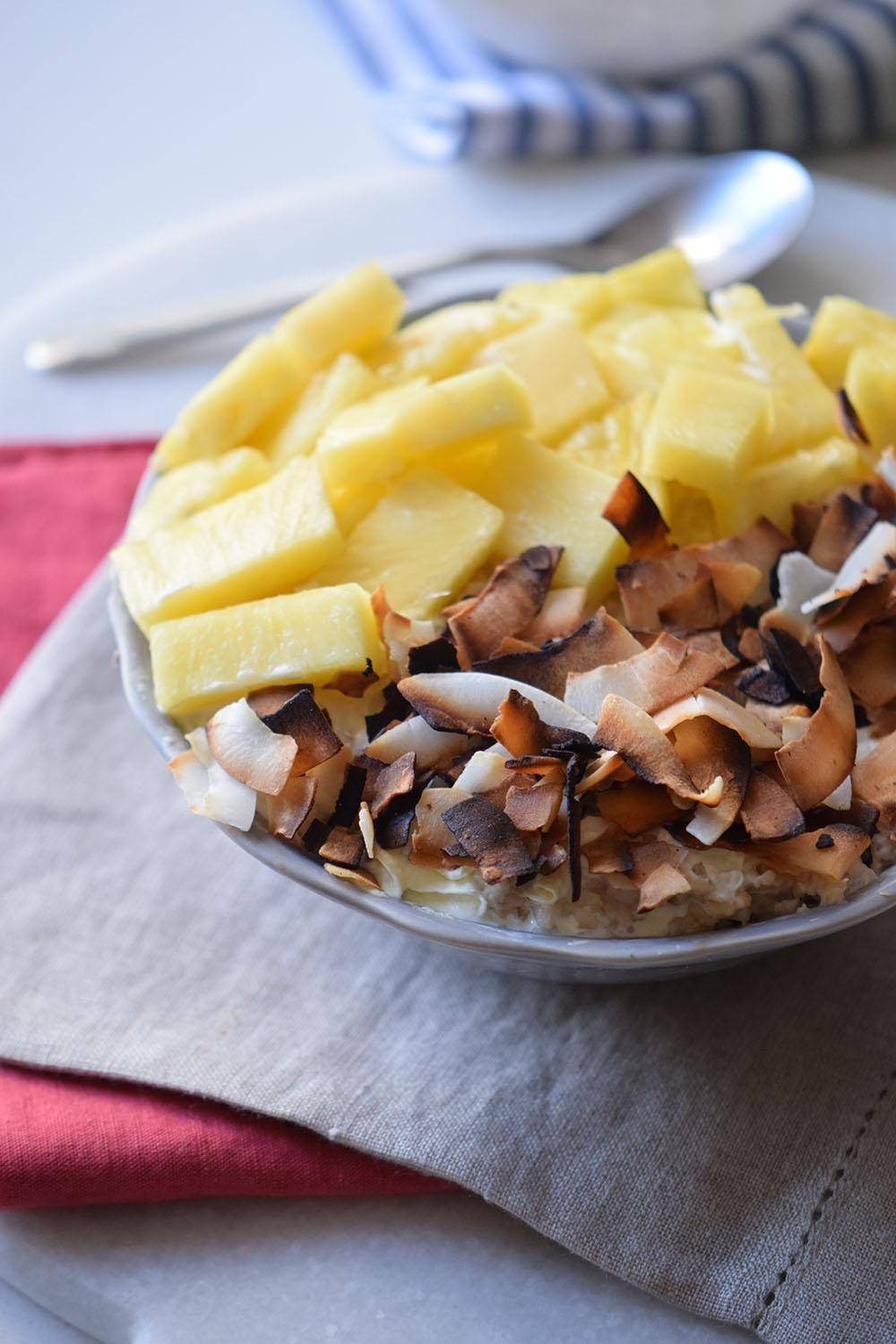 The secret to supercharge it with flavor is using a combination of coconut milk and pineapple juice. I bought canned pineapple juice from my local supermarket (they had a huge deal on canned juice so I stocked my pantry) but you can also make it using frozen pineapples and water if that’s more your thing. For the coconut side, I used coconut milk and added a pinch of cinnamon to amp up the flavor. But if you are not too fond on coconut you can just use any milk that you have on hand. And then to really give it an extra kick of flavor + give this Pineapple Toasted Coconut Oatmeal recipe more freshness and make it more fun I topped it all with some pineapple chunks and some toasted coconut flakes. Toasting the coconut flakes is as easy as placing them in pan and toasting them for a couple of minutes, I usually do it while the oatmeal is cooking to save a bit of time. I hope you enjoy this recipe as much as I do! Plus, be sure to check out even more Breakfast Recipes!